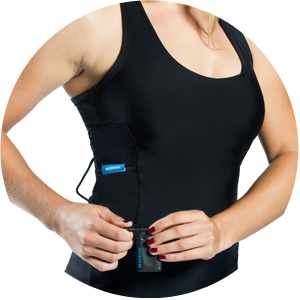 It’s been a good year for the connected fabrics business: OMSignal shipped shirts with Ralph Lauren, Clothing+ got scooped up by Jabil (which developed a reference platform), and now Hexoskin has closed a funding round of just under $1 million so it can chase FDA approval for a new line of clothing.

Hexoskin’s parent company, Carre Technologies, says the upcoming line will be aimed at medical monitoring and diagnostic applications. This is different than most other players in the market; OMsignal focuses on sports and Jabil hopes to chase general fitness and everyday wear applications. Hexoskin’s focus also implies some sort of upcoming alliance with a medical partner, as FDA approval is not needed for measurement applications — only diagnostic and treatment.

The company has been sneaking word of product announcements at next month’s CES trade show. This funding round anticipates that announcement.

The $1.3 million Canadian round (roughly USD 960,000) was from Anges Québec and the Anges Québec Capital; Carre Technologies is based in Montreal.