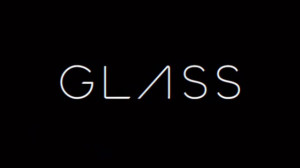 There was a bunch of buzz over the US holiday weekend that Google has filed with the FCC information about an enterprise version of Google Glass, possibly called the GG1.

It makes perfect sense. Most of the activity in smart headwear over the last few quarters has been in the enterprise space, not the consumer market. Google and Intel both have development deals with optics giant Luxottica, but Intel in particular has been charging ahead with its purchases of Recon Instruments and a controlling interest in Vuzix. In addition, use cases for enterprises — everything from medical to field service to energy to warehouses — have started to emerge; consumer applications sort of stop at gaming, which is a limited market.

That said, there will have to be some fairly fundamental changes to Glass to make it enterprise-friendly. Android, for instance, is not HIPAA-approved; every medical trial of Glass had to start by stripping out the operating system. Its display — at least, the display we last saw — has been far surpassed by other vendors, who have done a good job of planting their own flags in the market.

And an FCC filing is anything but a product launch. If it takes Google another six months — or even three months — to hit the market with an enterprise device, that’s more time for more established players to make their marks. By the time Google gets back into the business, it will have lost anything like a first-mover advantage in a field it helped invent. That’s an unusual position for Google, and it will be interesting to see how it competes in that environment.